The concert was held in Art Gallery Boris Georgiev in Varna.

The Art gallery in Varna is an emblematic and cultural centre in which different types of arts are presented. Located in the heart of the maritime capital and hosting artists from Bulgaria and the world, it becomes a multicultural center. 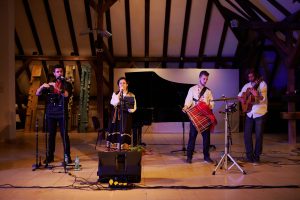 On 28.10.2022, ethno-jazz band Outhentic stepped onto its stage with its first solo concert in the city.
The local audience welcomed the group warmly and emotionally.
Outhentic performed compositions from their two solo albums “YesToday” and “Transparent” as well as an entirely new composition that impressed the audience with authenticity and musicality. The group also performed their usual traditional Bulgarian dance – horo and made the audience an active participant in the event. 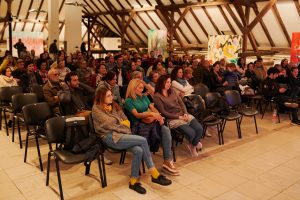 At the end of the concert,  the band managed to bring the audience to their feet and received their well-deserved applause, as well as a well-deserved encore.

You can find more photos from the event at Page and Group of Outhentic in Facebook and also Instagram.

The project was implemented with the financial support of the Culture Fund of the Municipality of Varna.