Our love for music and Bulgarian folklore laid the foundation for forming the ethno/jazz/world band Outhentic in 2012, along with our first guitarist Viktor Dzhorgov.

Since 2018, Borislav Iliev (guitarist) and Stoil Ivanov (drummer), have become part of the band.

We have visited many countries all over the world, played on various scenes, contacted interesting people and diverse cultures, learned a lot and gained valuable experience. In 2015 we recorded our first self-penned album YesToday.

We presented our album in Sofia in early November 2016 and also at the Bulgarian Cultural Institutes in Berlin in January 2017, and then in Warsaw in March 2017. In the process of establishing our style, we have collaborated with outstanding and world-renowned musicians and groups such as the bass player Juan Garcia-Herreros nominated for Grammy Awards, Stoyan Yankoulov aka Stundzhi, Ian Stephenson, Suchet Malhotra, Banda Del Padre, etc.

There have been many participations in the course of our stage biography on various Bulgarian and international forums and festivals. Some of them include Ethno Flanders 2013 (Belgium), Apriltsi Inspires Art Festival 2014, Ethno Sweden 2015 (Sweden), 12th edition of the European Night of Museums 2016 (Sliven, Bulgaria), Bansko Snowboard World Cup 2017, Mini Jazz Fest 2017 (Veliko Tarnovo, Bulgaria), Glastonbury Festival 2017 (England).

All that opened new horizons for us, thus intensifying our desire to reveal the beauty of folklore through music in the way we perceive, feel and recreate it. Furthermore, we want to present our national traditions by using attractive and innovative methods, more easily assimilable by younger generations, thus turning them into preservers and distributors of the Bulgarian essence. That is what inspired us to establish a foundation in 2018.

is amongst the most popular kaval players in Bulgaria. He is well-known to the public both in Bulgaria and Europe with his constant experiments and his search of new and unexplored paths in music. 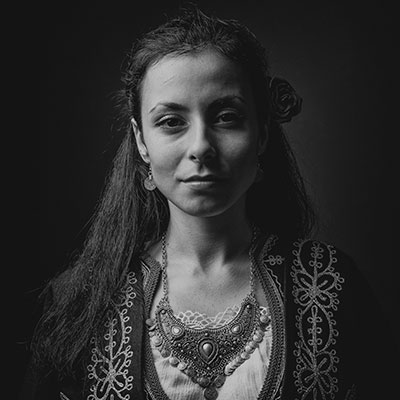 is a Bulgarian vocal folklore/pop/jazz performer and educator. She possesses a specific and recognizable voice.

She was born in Smolyan, a city situated in the heart of the Rhodope Mountains, Bulgaria. 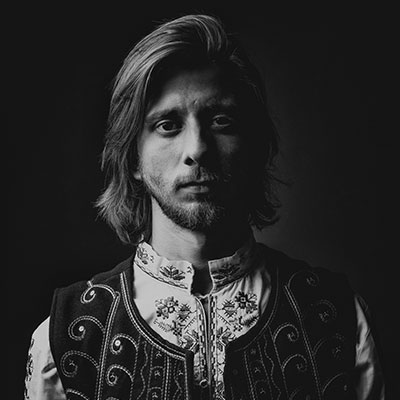 born in 1994, guitarist and tambura player and composer Borislav Iliev has been steadily building his name as one of the most compelling performers in Bulgaria. He started playing guitar at the age of Seven in his home town Gorna Oryahovitsa. 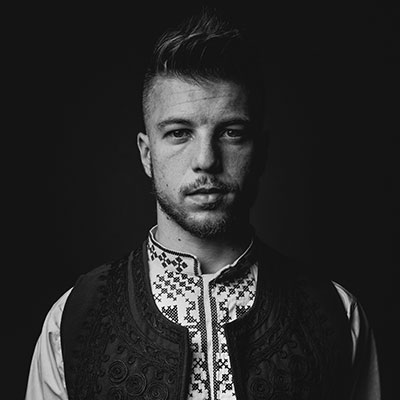 is a drummer/composer and tupan (bulgarian folk drum) player. He studied percussion instruments and graduated Dobrin Petkov National School of Music and Dance Art in his home town Plovdiv. In 2016 he received his Master’s Degree from National Academy of Music.